Swimming with Whale Sharks in the Philippines

Swimming with Whale Sharks in the Philippines

Swimming with whale sharks will take your breath away! And it’s not because you’re underwater.  Seeing these huge sharks in the wild is surreal! Your heart will beat fast and you’ll probably remind yourself, “It’s okay, they don’t eat humans… right?” You’ll still steer clear away from them though just to be sure. They are sharks after all.

But yes, you’re right, they don’t eat people. You’ll quickly want to go online and boast to your family and friends that you “survived” an encounter with the whale sharks. When you’re old and grey, you’ll probably still remember the time that you interacted with these gentle giants of the sea.

The Philippines offers one of the best opportunities to have this unforgettable experience with whale sharks. There are a number of places in the archipelago that offer tours to watch and swim with whale sharks or “butanding” as locals call them. The two most popular spots are Donsol in Sorsogon and Oslob in Cebu.

Donsol is considered the whale shark capital of the Philippines because many whale sharks are spotted near its coast between December and May. However, Donsol doesn’t guarantee that all tourists will be able to swim with these wild creatures. Whale sharks are migratory animals. There are just some days when they’re off somewhere devouring planktons in “greener pastures” or should it be “bluer seas” in this case?

In Oslob, a southern town that’s about 4 hours away from Cebu’s international airport, whale shark interaction is 99% guaranteed. Fishermen-turned-tour-guides feed the whale sharks with krill or small crustaceans. Whale sharks love krill! But it is because of this practice that Oslob is gaining notoriety in the ecotourism business.

The World Wide Fund for Nature (WWF) and many other conservation groups strongly discourage people from patronizing Oslob. Instead, they recommend that tourists go to Donsol for a much more genuine and sustainable experience with the whale sharks. According to WWF, feeding whale sharks is the same as training them to stay in the area. This is bad because it disrupts the natural migratory pattern and it will also have a long-term negative effect on the whale sharks’ breeding habits.

Whale sharks are now classified as endangered. Their declining numbers alarmed the International Union for Conservation of Nature (IUCN) that they were put on the Red List of Threatened Species. Scientists studying these marine animals have noted a sharp decline in the whale sharks’ population. In some areas of the world, whale sharks are being hunted for their fins, which are used to make sharks’ fin soup. Fishermen in the Philippines also used to kill whale sharks until they learned that they can earn more money by bringing people to swim with the animals.

But there are a few who say that the feeding is not harmful and the animals are still wild and continue to migrate in search for more food. The feeding they get from the Oslob fishermen barely constitutes a snack for the world’s largest fish. A young whale shark eats about 46 pounds of plankton everyday. They can grow as long as 40 feet or more.

Another advantage Donsol has over Oslob is that they offer a 3-hour whale shark experience while Oslob has a 30-minute limit. The 3-hour tour includes looking for the whale sharks. Not everyone is lucky, you know. And that just builds up the excitement and makes finding the whale sharks feel like winning the lottery!

Donsol has been in the whale shark ecotourism business since 1998 while Oslob’s popularity had only started in 2011. More than a decade ahead in experience, Donsol was able to fine-tune and strictly implement its regulations particularly no feeding, no touching and no getting too close to the whale sharks. Protection and preservation of the animals are the top priority.

While we are just puny humans compared to these majestic animals, we bear the heavy responsibility of making sure the whale sharks don’t become extinct. Let our children’s children also have the opportunity to make an unforgettable experience with them. 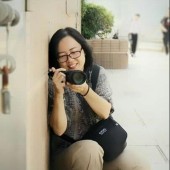 Frauline is based in Cebu, right in the heart of the Visayas / Philippines. She is an experienced writer with a background in journalism and writes about the beautiful Philippine islands.

Wildlife Watching In The Philippines

Extreme Activities You Can Experience In the Philippines