In the course of this article, we’re going to discuss Berlin’s most important cultural and tourist attractions, its most iconic landmark, and its most expensive district. You’ll learn how to have the most memorable vacation in Berlin by exploring the following attractions. If you’re not a history buff, we’ll show you how to enjoy the city’s cultural offerings without breaking the bank. If you’re a foodie, you can also read about the best restaurants in Berlin.

Located in the Tiergarten district of Berlin, the Bellevue Palace is the official residence of Germany’s president. It is notable for its neoclassical design. The building was originally commissioned in 1786 as the summer residence of Prince Augustus Ferdinand of Prussia. Today, the building is surrounded by a park, providing a green oasis in the middle of the city. This beautiful building is worth a visit if only to admire the beauty and historical significance of the city.

One of the most famous landmarks in the city is the Brandenburg Gate, which is a huge structure that features a cool light show at night. You’ll also be able to learn about the city’s past from the signs that surround it. You can also get a local city guide to explain its history and the building’s significance. Once you’ve visited the Brandenburg Gate, you’ll understand what the city had to go through to unite the city’s sides.

Related Article:   14 Free Things You Can Enjoy In Berlin As A Tourist

Its most prominent cultural and tourist attraction

One of Berlin’s most popular museums is the Pergamon Museum. With over 1 million visitors each year, this museum is one of the most visited in the city. It is undergoing a major refurbishment, which is scheduled to be complete in 2025. It features impressive collections of Islamic art, such as the Ishtar Gate. Other noteworthy museums in Berlin include the Bode-Museum, which opened in 2005, and houses pieces from the Museum of Byzantine Art and the Numismatic Collection.

Another prominent cultural and tourist attraction in Berlin is the Reichstag, a historic building that became the most iconic building in Europe after World War II. For many visitors, the Reichstag is the first sight of Berlin. It was heavily damaged by Soviet troops during World War II but was restored in the years following the war. Germans were proud to remember their history and preserve what is important to them. Visitors can even view the inscriptions that were carved into the walls of the Reichstag’s walls after the Nazi leaders signed their capitulation in 1945.

Its most expensive address

The real estate market in Mayfair has been on an upswing since the 18th century, when tricorns and hairpieces were fashionable accessories. Sedan chairs and towering poufs dominated the fashion scene. Today, the district has become one of the most sought-after real estate districts in the world, even making it onto the London Monopoly board. With an average land price of $59,000, Piper Point has been the most expensive street in Australia for decades. The neighborhood also has spectacular harbor views.

Related Article:   What Are The 5 Best Fishing Places In Germany?

Its most expensive district

Charlottenburg is Berlin’s most expensive district, but parts of Mitte, Prenzlauer Berg, and Grunewald are also quite expensive. This property boom has created pockets of expensive housing in all of these districts, as well as new, luxurious developments in places like Kreuzberg, Tegel, and Pankow. Friedrichshain, for example, has the second-highest rent index in the city, but the high cost of living is not necessarily a reflection of the neighborhood’s quality of life.

The average price for an apartment in Mitte is around 4,400 EUR (or 4,405 USD) per square meter. Mitte apartments are centrally located and more expensive than most neighborhoods in Berlin. Many people move to Berlin for the diversity, so prices in this district are higher than in other parts of the city. The cost of living in this district depends on the location and age of the building. Apartment rents can run anywhere from EUR600 to EUR1,000 per month for a two-bedroom apartment.

In addition to the traditional Christmas market, Berlin’s holiday season brings a slew of festive events. The Winter Market draws more than 150 international and local vendors, who display unique arts and crafts, delicious treats, and more. The Winterwald, located in front of the orangery of the castle, has attractions for kids, including a fairy-tale tent. You can also catch a live DJ and take part in an apres-ski party.

Located at the heart of the city’s top shopping district, this market is accessible by public transportation. You can see the iconic Kaiser Wilhelm Memorial Church and other top landmarks in the area, such as the Brandenburg Gate and Unter den Linden avenue. The market also hosts choirs, dancers, and acrobats. Aside from shopping for unique gifts, the market also offers festive food and drinks like apple strudel and white chocolate milk. There are also fireworks in the evenings and New Year’s Eve at midnight. The market is wheelchair-accessible, which makes it a great option for people with disabilities. 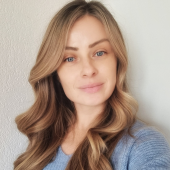 Kristina Rodopska has been working for over 5 years as a Lean expert and engineer in the field of quality. Familiar with the implementation of improvements in the operations and processes within the different organizations and projects. Evaluates all continuous improvement activities and implements plans to optimize performance.

The Top 7 Places to Discover in Sweden

Munich Attractions You Do Not Want To Miss